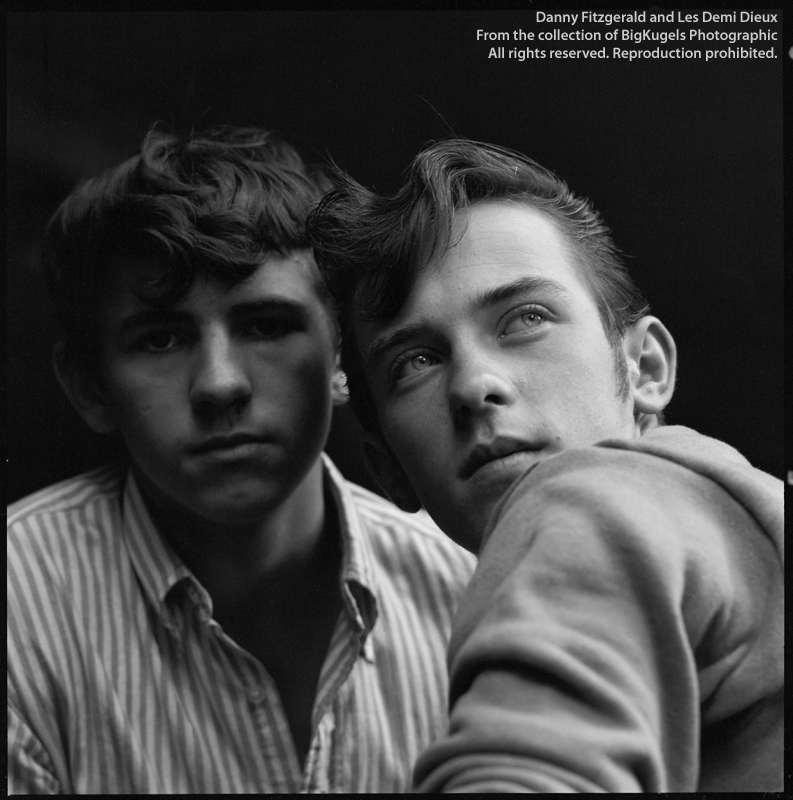 This is the last in a series of excerpts from the biographical introduction to Brooklyn Boys, the new monograph on Danny Fitzgerald and Les Demi Dieux.

With the recent resurgence of interest in the works of Fitzgerald’s contemporaries like Mel Roberts, Bruce Bellas, and Walter Kundzicz of Champion Studio, male nude photography from the early 1960s is being reevaluated for its history, technique, and artistic value. Where the available images by Roberts, Bellas, and Kundzicz seldom transcend the limitations of the early ’60s soft-core and “beefcake” magazines that published them, Fitzgerald’s body of work includes cityscapes, landscapes, and portraiture, giving his nudes a larger context and inviting a wider aesthetic dialogue. 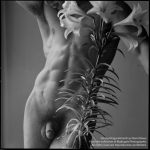 Because his photography was influenced more by twentieth century art and film than by the work of the “beefcake” photographers who preceded him, Fitzgerald’s images were often free of the artifice and clichés of standard physique photography.

His subjects engage the viewer as arrestingly as in the photojournalistic portraits of Walker Evans and Dorothea Lang, and are deeply tied to their relationship to the City, as with the images of Robert Frank and Alfred Stieglitz. Like the work of the photographers, filmmakers, and modern artists that inspired him, Fitzgerald’s compositions tilt off-center with cinematographic precariousness. Shadows slice dramatically across a naked youth reclining in a naturally lit interior. Bennett’s fleshy muscle is paired with the cold white marble torso of Eros or a long branch of lilies, more than a decade before Mapplethorpe would make similar visceral juxtapositions. Furthermore, Fitzgerald’s photographic technique possesses consistently vivid tonal range, precise focus and flawless clarity, and his photo session notes evidence the meticulous care he took with the details of film, lighting, lenses, f-stop, and time of day.

But the images that went virtually unseen in his lifetime are perhaps the most enthralling. They are the photojournalistic images that diverge from the realm of physique photography, and therefore were never published with his other work. In these, Fitzgerald captures a moment both in time and outside of time. The setting, the elements, the clothing and hairstyles are unquestionably of a period, and yet the subjects exist with a presence that is timeless. Brooklyn boys play cards or smoke cigarettes on their Carroll Gardens streets. A towheaded youth leans into his own reflection in a Bourbon Street shop window. A swimmer suspends naked above a backwoods Pennsylvania swimming hole. How Fitzgerald and Bennett persuaded and directed these young men to pose for the camera is often as intriguing a question as any other about the youths themselves. And in themselves, they are indeed intriguing. They seem to exist between times: between then and now, between innocence and street savvy, between boyhood and adulthood. Yet they are unmistakably and eternally present in the images Fitzgerald captured. Like the demigods for whom he and Bennett named their studio, his subjects exist on the cusp between the mortality of time and an eternal presence.

See all the posts from the preface of Brooklyn Boys.